The Hindi translation for “organic farming” is “जैविक खेती“. The important factor to understand here is the terminology, the way it changes from English to Hindi. 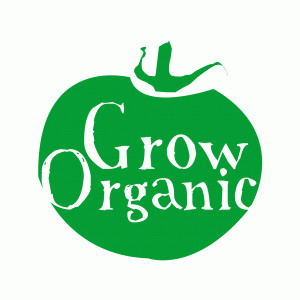 Organic, what we learned in school was – anything based on the carbon as the base element, that’s why we have a complete stream in chemistry called – the organic chemistry. However, the dictionary meaning is somewhat more applicable to the “Organic Farming” – its an adjective noting or pertaining to a class of chemical compounds that formerly comprised only those existing in or derived from plants or animals, but that now includes all other compounds of carbon. The term “जैविक” in Hindi, is however related to biology or life sciences. It means a process related to life.

Important to understand is – biology, in itself has botany, zoology and microbiology. In case of “Organic Farming” what is being done is – using microbiology to get a better result from botany, which in turn shall be used in zoology (veterinary sciences). Now keep that thought in mind for some time, it’ll amuse you further….

It is understood that, before Green Revolution, what we did was the conventional way of farming. Cow dung was used as manure, cow urine for pesticides, land was kept vacant after a crop of pulse for one cycle and so on. We understood science then as well, else we wouldn’t have used methods like manure, mixed cropping, leaving the land vacant or growing pulses & cereals in alternative turns for completion of nitrogen cycle in order to fulfill the nitrogen replenishment cycle after a protein rich pulse crop.

But we did so as a ritual, without understanding the reasoning… It’s like, a car driver knows how to drive, but isn’t quite conversant with the automobile engineering. He is an expert driver, but doesn’t know how is it running – and this was where things went wrong, due which the “so called” green revolution was slapped on India, resulting in to farmer’s suicides. but that’s not the topic for the day, we’ll discuss it later.

Now the question arises, if that was so ….., how did the production increased after mechanical & chemical farming was introduced? 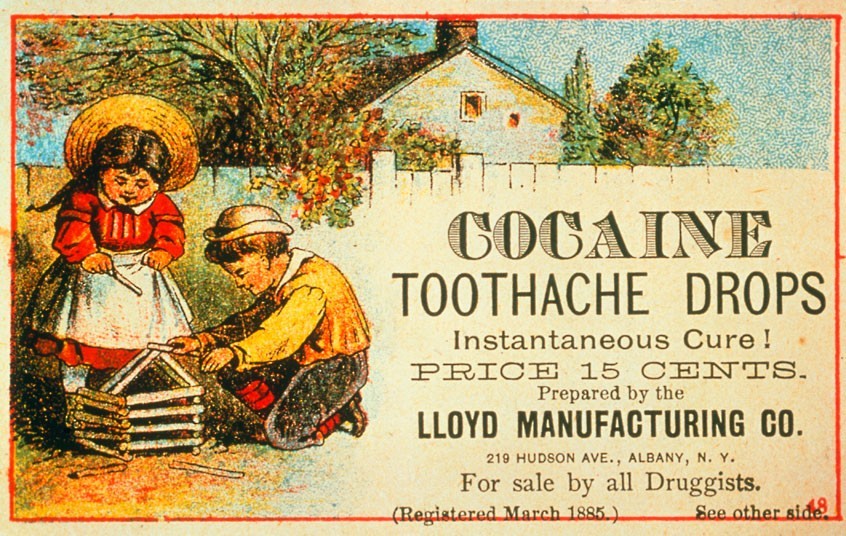 Answer to the above basic question can be understood well, with an example of home remedies and allopathy. Home remedies are the traditional way, but allopathy is chemical based therapy.

Allopathy is precise and gives faster results by inducing chemical catalyst and antibiotics. It gives immediate results, but in longer run, body / decease causing pathogens develop an immunity to the induced chemicals or antibiotics and thus it becomes ineffective. You must’ve heard of the BIGGEST medical nightmare of the 21st century – AMR (Anti Microbial Resistance or the Superbug).

That’s why we keep getting health advisory from doctors and government agencies that we shouldn’t be using any medicine without a proper diagnosis & prescription.

But the biggest question is – is natural way of doing things better or the synthetic mechanism is better ?

‘Man’ in itself is a product of nature only. All the science around us, be it physics, chemistry, biology, space research or any other stream of science – is just a quest of mankind to understand the nature.

Newton didn’t invent gravity, it existed before and after him, but he just explained the process. Albert Einstein once admitted that – “the more I try to know, the vaster the nature becomes. I just get to know, how little I know.” And much before Einstein, Plato once quoted – “I am considered to be the wisest man, and I just know that I know nothing”. – That’s the scale of nature.

Then how is science different from natural ways of doing things? The answer is the impatient nature of human beings. Science dissects, while nature is inclusive. Today’s Science is all about specialization, while Nature is holistic.

We had all the science & technology in Vedic India and still we lived in harmony with nature. We had medicine science (आयुर्वेद), we had astronomy (खगोल), weaponry (from आग्नेयास्त्र to ब्रह्मास्त्र, studied under अस्त्र विद्या), architecture & civil engineering (वास्तु शास्त्र), philosophy (शास्त्र विद्या), physics (भौतिक विज्ञान), Chemistry (रसायन विज्ञान) and so on. But in the modern science, just for our impatience, whatever we do to expedite the process, we tend to cross the line and disturb the ecological balance.

Nature works in a very balanced approach, and that’s what we’ve learnt in science as well. There are carbon cycles, nitrogen cycles, food chain, water cycle and so on. In the entire process the balance is maintained. This makes all the natural processes as cyclic and long term, self-sustaining. With manual interventions, we create that imbalance, unless our approach is in harmony with the ecological balance.

What happened with the mechanized- chemical induced agriculture was something like what happens in case of a drug immunity. 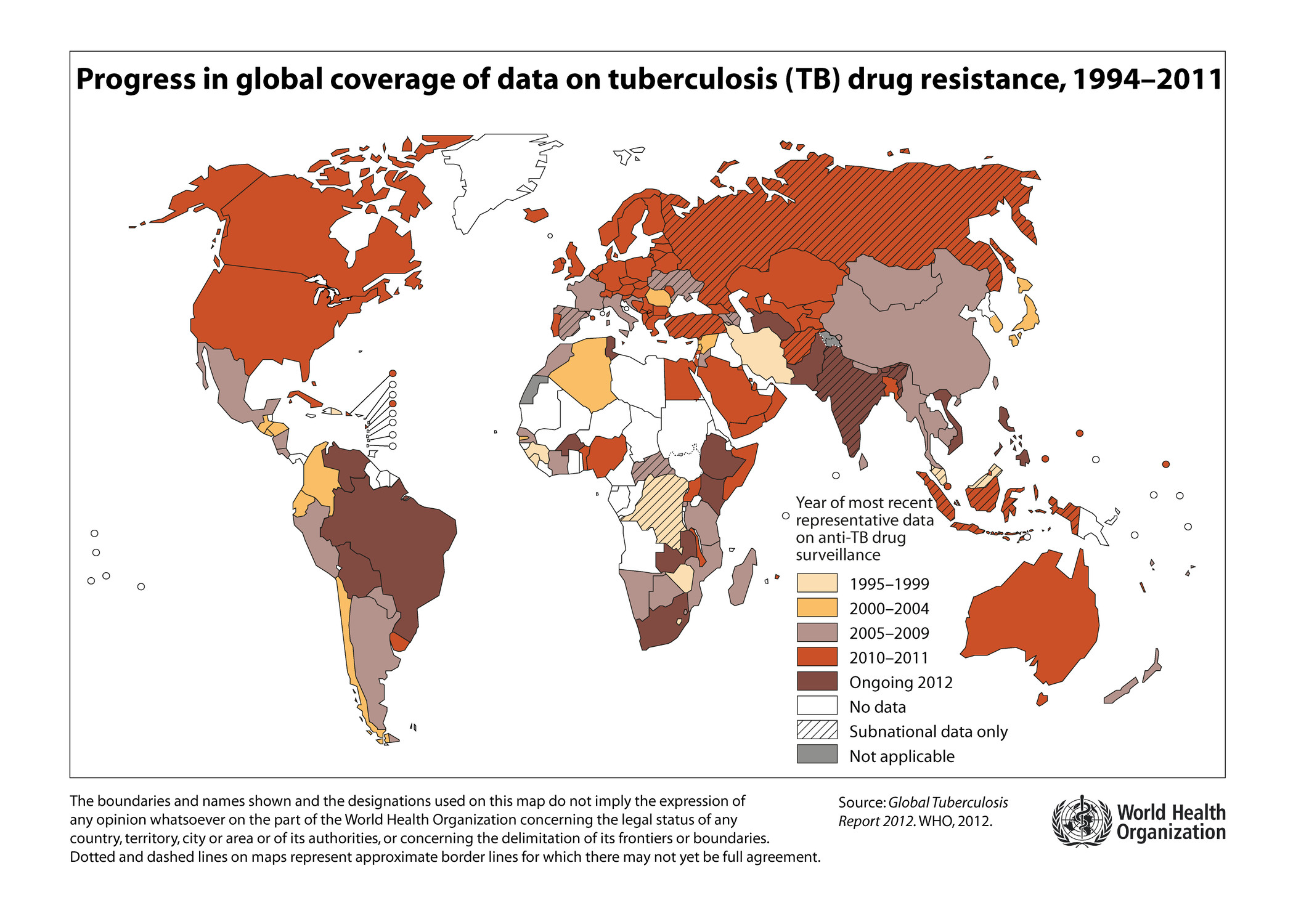 Initially, the soil did show change in the production with additional chemicals, but eventually soil became immune to the chemicals, and thus every year, the amount of urea & pesticides / insecticides or any other chemicals increases. A prolonged use of same pesticides and insecticides, eventually make them useless as the insects & pests also develop immunity to those chemicals.

But when we switch to “organic farming” the production dips substantially. If Organic is natural, it should increase the production, not decrease it.

Now this is where you need to understand the difference between “Organic” and the “Natural”. What you see in the market today in the name of “Organic” is no way close to “Natural”. Organic is microbiological method. have a closer look to What is pushed to you as “Organic”. Have you ever observed that whatever you’ve been doing in the name of Chemical based farming, all the processes remain the same even in “Organic”, same NPK is to be applied for soil preparation, but instead of Urea & DAP, you do it with compost & vermicompost. Same seed curing, instead of Carbondazim & Therum, here you use Rhizobium or Azobacter, and so on…bottom line is – process remains the same, while medium changes from chemical to microbial.

Now the key question that arises here is – Does nature need human support to grow plants & animals? No, because plants & animals existed before human being arrived on this planet.

Thus the Natural way could only be – growing the planet & animals purely on Water and food, without any chemical / biological / mechanical intervention. 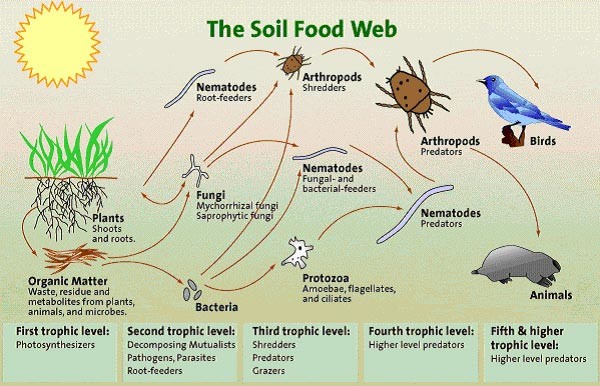 In the natural jungles, there are no manures or urea or any other additive required. They are lush green. Plants are healthy, and so are animals, be it grass eaters (herbivorous) or meat eaters (carnivorous). All survive, develop, get eaten or eat others (plants or animals) but they all flourish. The reason is the ecosystem. All the flora and fauna have a symbiotic relationship. They all replenish each other’s deficiencies and thus an ecosystem gets formed.

Plants take all the minerals from the soil be it macronutrients or micronutrients, they then absorb carbon from atmospheric carbon dioxide and do photosynthesis, carbon reaches the soil through the roots, wherein microorganism eat carbon and give nitrogen to the plants. The plants are then eaten by animals, and the animals by bigger animals, and then the animals die. The dead animals are then again eaten up by insects and insects by microorganisms and they get nitrogen, which they release to the plants. That completes the carbon & the nitrogen cycles and the whole jungle is healthy.

But in farming, we can’t have the same cycle, as we need crops to grow and weed out the other plants as well, leave aside any rodent / insect / animals. Thus the nitrogen and the micro-nutrients are not available to the crop that is being cultivated. So what we need is a system that could replenish these deficiencies in the plants.

At Vedic Cownomics, we have the solution that is a result of the above research, which helps you do the organic farming the best way, when you have to switch over from mechanical, chemical induced or the “so called” Organic farming, without compromising on the yield.

We use Vedic Science to develop the Soil, Water & Air Ecology for nourishing the crop with essential Life.

Developed indigenous, this methodology ensures that your production is of the highest quality on the planet and your farm yield is at least double of your yield from chemical farming, for the same farm, WITHOUT using any chemicals / antibiotics / hormones or Organic supplements like compost / vermicompost / azobacter / Rhizobium.

1 thought on “What goes wrong with Organic Farming – symptoms & remedy!!”