Sustainability of the social change schemes

The present government in India has come up with many philanthropic schemes and projects at mega scale like Clean India Movement, started on 2nd October, 2014, Accessible India Campaign, started on 17th August, 2015, Smart cities, AMRUT cities, making India open defecation free, making compost out of food waste, segregation of the MSW & green waste from homes & institutions and so on. All these are targeted towards general wellbeing of the society or inculcating better habits in the general public. But they are on for such a long time and yet to make a massive impact. Though a lot of promotion, advertisements, government data sharing, and celebrity endorsement – everything is happening, but would that change the people think or behave? Isn’t that a tall order? 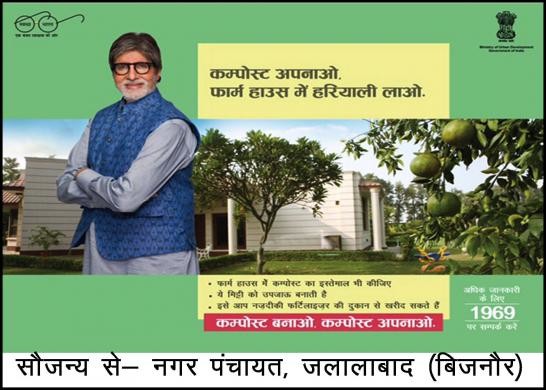 Are we having some utopian expectations? I think “yes”.

With a media campaign, celebrity endorsement, we can definitely make people to think in a particular direction, but we can’t change habits or behaviors.

So what changes human behavior? If not philanthropy, if not media campaigns, then what? Answer is simple – economics.

Remember what kind of mad crowd used to be there on the railways stations in 90s? What reduced the crowd was a simple mandate of adding a platform ticket that is still nominal, but changed the habit of the people.  On the other hand, remember how very few people used to be there on the Airports in 90s and what mad crowd is there now? The reason is again economic, as cheaper airlines are offering affordable tickets, all those who can afford are now travelling by air instead of trains. The overcrowded buses in Delhi have been replaced by Metro due to cheaper and better facilities. Seat belts in car have been there for over 30 years now, but the actual usage started only when traffic police started putting a fine. Online shopping became popular, once the ease and the economic benefits were confirmed and so on. There are many such examples in our daily routine life, when people have changed their habits for economic reasons.

Applying the same principles to sanitation, cleanliness and environmental protection would actually change the human behavior, but we just can’t distribute money for free, that wouldn’t be sustainable. For sustainability, there has to be a revenue generation process to fund. And this is where technology comes as a savior, for example let’s take some real life scenarios – 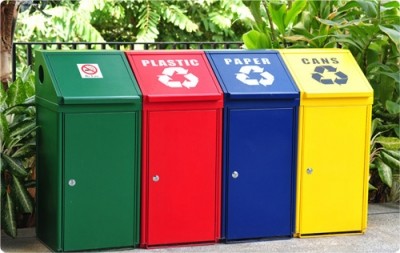 2- Segregation of waste – many municipalities have installed colored bins for green waste and MSW, some even distributed in homes, but has the habit changed? No! Why would someone devote time to understand, which bin to put the food waste and which one to put the plastic waste?                                           The answer is simple – incentivize them. If the municipal corporation starts to buy the waste, people would not just change their habits at home, but also carry the waste from market to home and keep them segregated too. Again the question is, what to do with the waste collected? Technology can help in managing the waste, it’s no more a waste, it become the raw material with a minimal processing;

3- There can be much simpler solutions for many other habit changing practices for masses. Now let’s move to more complex scenarios – environmental protection, ecological restoration, waterbody remediation. All across the world, it is taken as an expense head, no one thinks of a revenue generation model at all.

However, if you actually look at it, this can be a massive revenue generator, for example, no one is bothered about the water quality in waterbody conservation, and all they think of is to do some civil construction around in the name of beautification, which is a simple expense head. Instead, if the water quality is maintained and fishing is done the civil construction could be funded out of the fish production itself. The national average fish production from inland fisheries was 600 kg/ha/year in 1970s that went over to 2,200 kg/ha/year by 1999-2000, and just by making the water fresh, we can grow it over 10 times. Today, the inland fishery’s contribution is less than 1% (0.92% to be precise), whereas the potential is to reach 10% of GDP, and this also ensures clean water in all the waterbodies.

The ripple effect would be cleaner air and cleaner soil around the waterbody too. A better bird population, thereby resulting into a better wildlife too. Just cleaning of the lakes, pond s, rivers and dams would not just change the environment of the country, but also change the per capita income and reinstate the rural economy.

And to top it all, this is not something new, this has been a part of our culture for over 5000 years. Be it rain-water harvesting or flod water harvesting, Indian societies have been doing that for over 5000 years. The civilization of Dhola-Vira, whose archeological remains have been found in Runn of Kutch, in Gujarat, used to do flood water harvesting nearly about 5000 years back. Closer to our times, the Southern dynasties built the Ang-Kor-Watt temple complexes in Cambodia, about 1200 years back using similar technology, that still runs and irrigates the whole area. The Bundlea Kings of Orchha, built the town of Datia with necklace shaped waterbodies on the rocky plateau, with no water resources, just on the architecture based on rainwater harvesting ideas.

All we need to focus upon is #WASHwater technology, to reinstate the natural aqua-ecology in the water. Just by supporting Mother Nature to support us, we can make a sea-change of difference. The Mother Nature has planned an automatic remediation of every water body within itself. Just about a 100 years back there were no STP / ETPs on the surface of earth and water was still clean, in spite of the human existence. It is just because the extent of anthropogenic pollution was much lesser than the Nature’s capability of cleaning the water. But we exceed that limit and broke that tensile strength in recent years.

The Natural ecology however, is still cyclic and complete. Microorganism (single celled) eat nitrates and nutrient elements (in pure atomic / molecular form) and do photosynthesis to release oxygen, these microbes are eaten by multi-celled plants (phytoplankton) and simplest aquatic animals (zooplanktons), which in turn are food for fishes, lobsters, shrimps and prawns (bigger and complex animals), and their excreta is again nitrates and ammonia. So the water keeps renewing itself with this cycle.

With #WASHwater technology, we just reinstate the same ecological balance by increasing the population of Uni-Cellular Phyto-Planktons (UCPs) that perform the rest of the job. They digest the pollution / sludge and during the process of digestion oxygen is released, water turn healthy to support life and the water body gets deepen with biological dredging. UCPs are the only organisms in water that are the producers of Oxygen, rest all aquatic life forms are consumers.